Paintings available from the 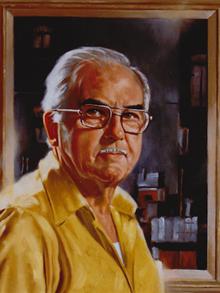 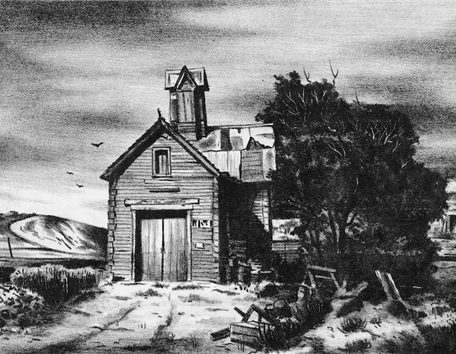 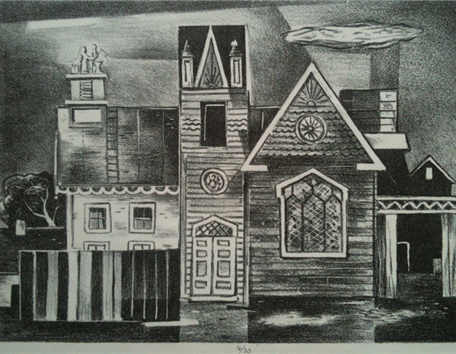 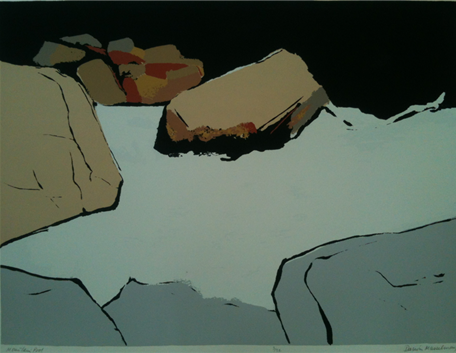 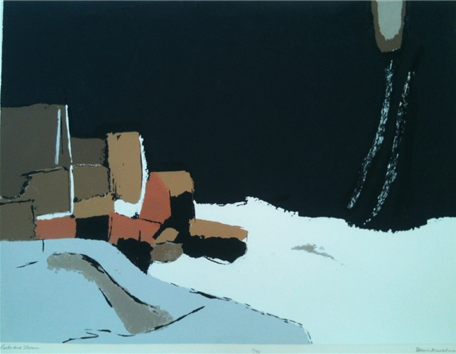 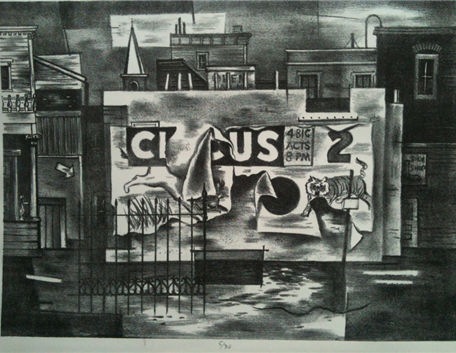 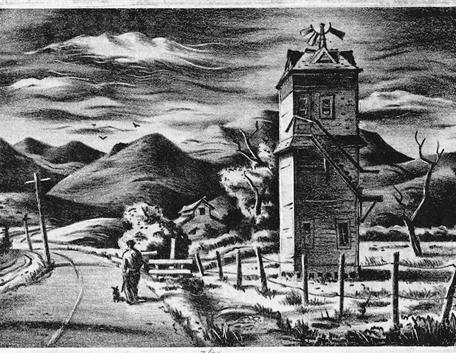 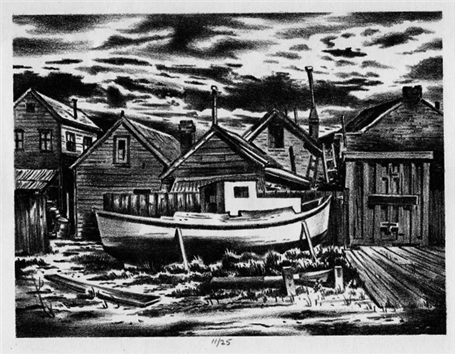 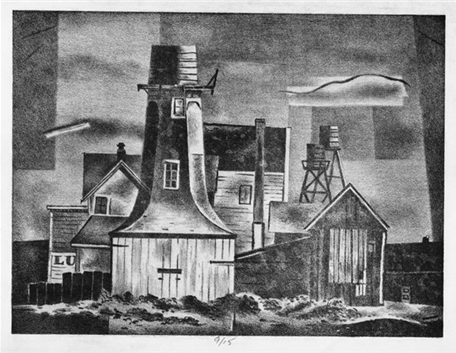 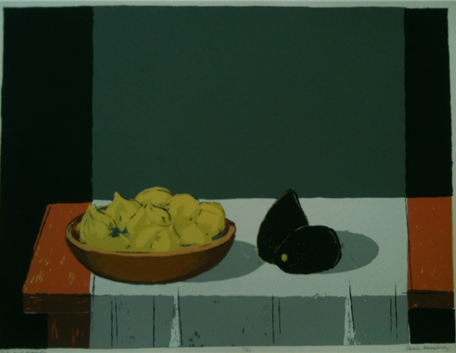 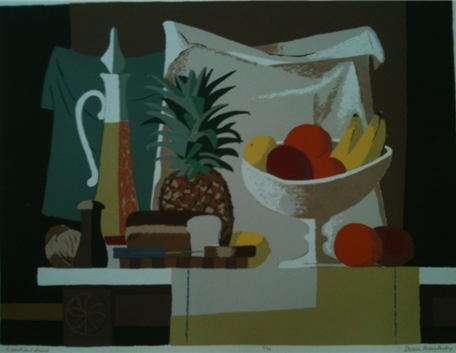 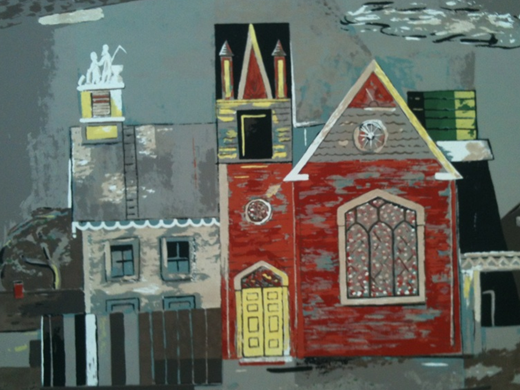 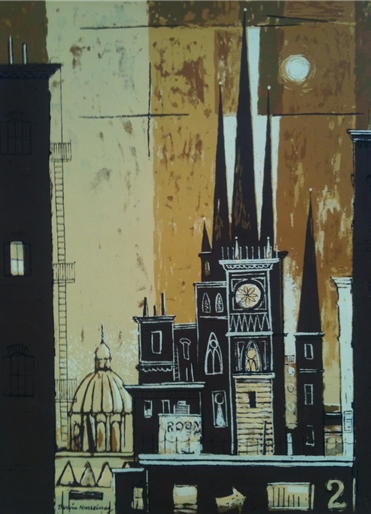 ​ "Serigraph" means "silk-screen print" and "litho " means "stone"  so these two methods of duplicating an original image couldn't be more different, but both were utilized in Darwin Musselman's studio in the early 1960's.  In serigraphy, one screen is used for each color and these images were all drawn by hand with a liquid tusche, an oily product.  Then an aqueous solution of gum arabic was spread over the entire screen, allowed to dry and the tusche was then washed off with an organic (non-aqueous) solvent, leaving an open screen where the design had been.  The screen was placed on the drawing and paint of the desired color was pressed through the screen with a wide squeegee.  Most of the serigraphs here were produced by the artist's older son, Ronald, on a press he made out of a kitchen table.

To produce lithographs, Musselman bought an old manual press and a set of stones.  He drew the image on the stone with a grease pencil and through some fancy chemistry, the stone accepted ink only where the original design had been.  The stone was then placed on the press bed, paper placed directly on the  stone and a protective metal plate was placed over the paper.  A press bar was lowered onto the metal plate and the bed was drawn through the press with the large crank handles seen in the photo to the left.  Darwin Musselman's serigraphs and lithographs are an economical way to own a genuine Musselman work of art.